Have an old Dansville photo with no name on the back? Let us put it up on the site and see if we can figure out who or may be when the photo is from. 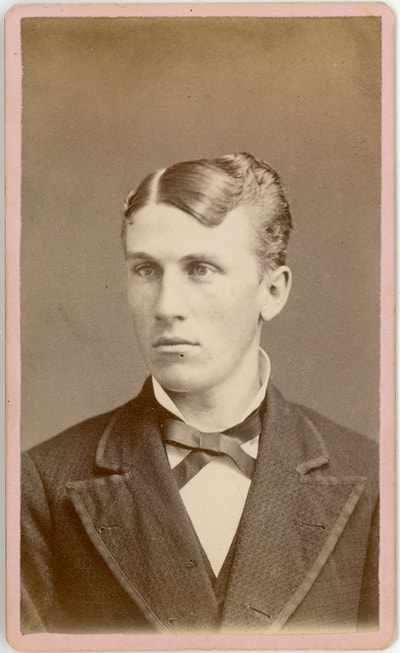 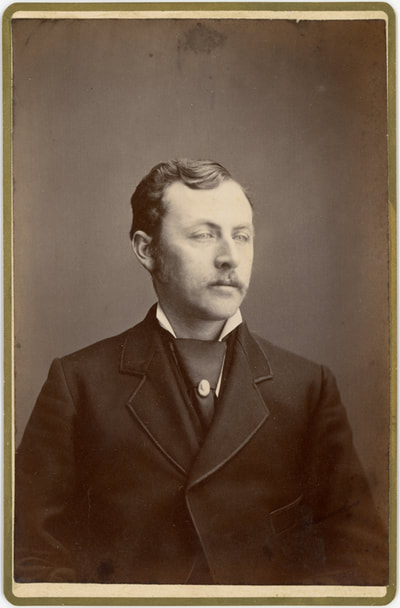 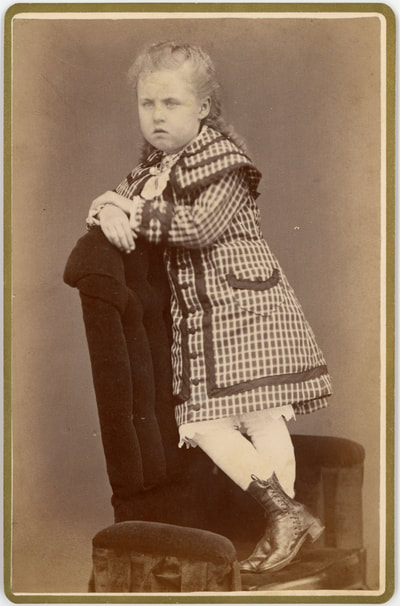 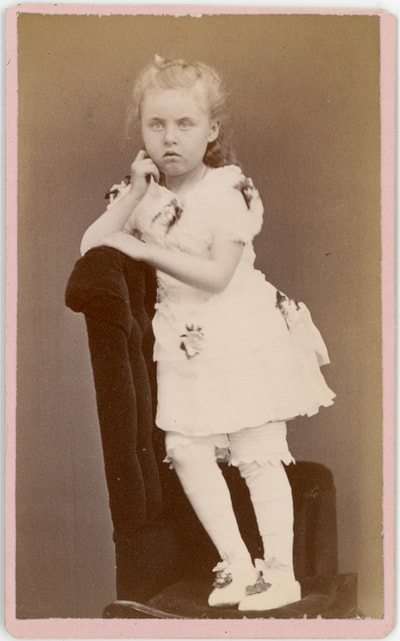 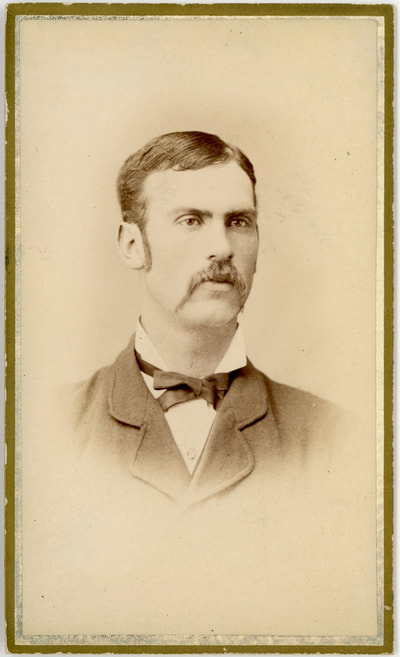 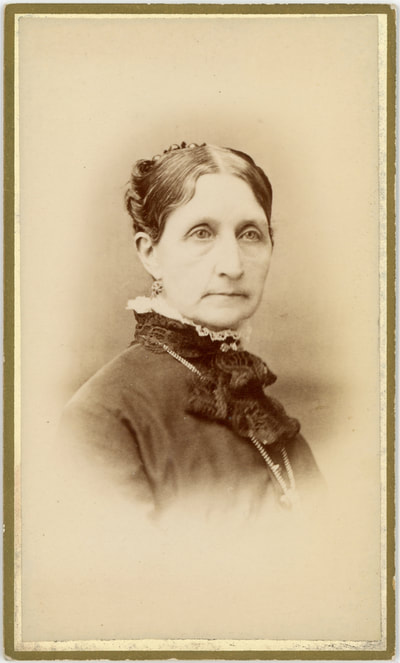 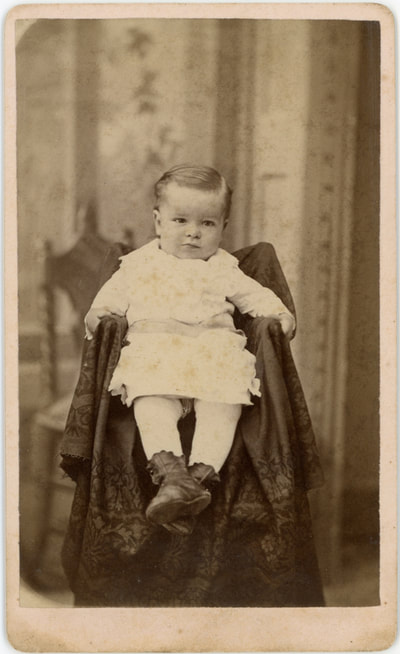 Below are some of the backs from the photos featured above. 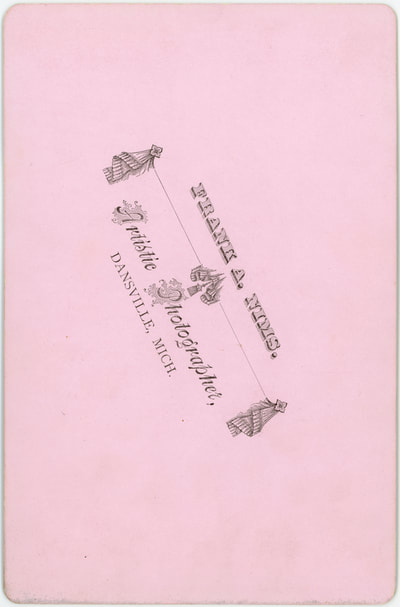 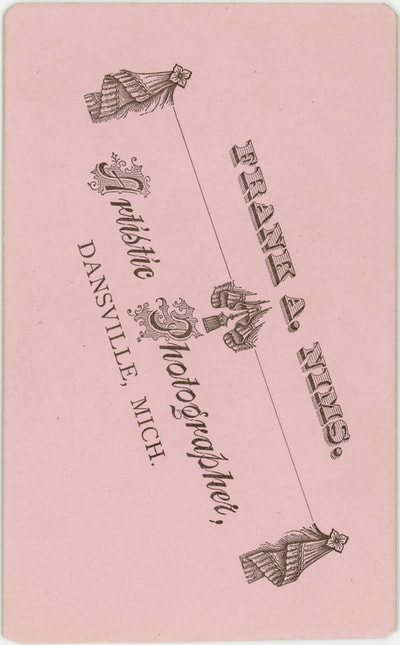 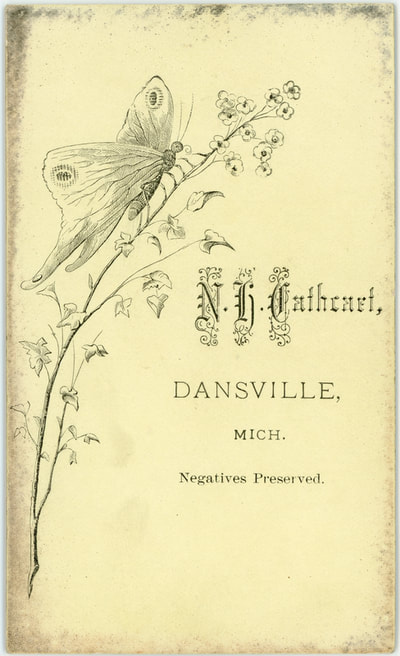 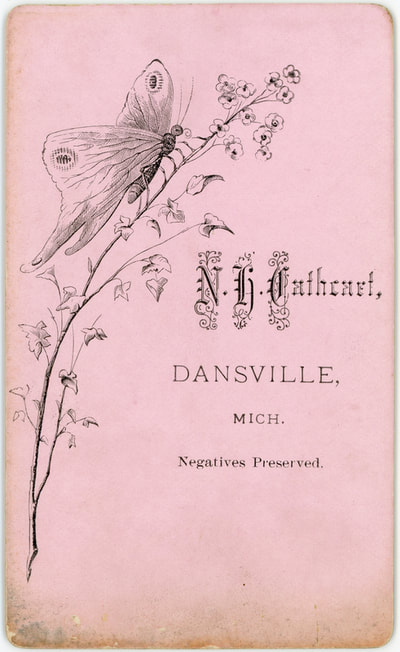 1864-1864 Mrs. E. R. Gibbs (Elizabeth Gibbs)
1865-1867 Mrs. A. B. Paine (Hannah Louise Hammond Paine)
Hannah married Abraham Barber Paine in Springport Township of Jackson County, Michigan, on September 9, 1852. Abraham was born in the state of New York on September 9, 1828, first of the five children of Ichabod Sparrow Paine and Hannah “Mary” (Barber) Paine. He was a Dansville hardware merchant from 1866 until 1870, a Springport merchant in 1880, and a Vermontville resident in 1900.
1874-1875 Charles Havens (Charles Vernon Havens)
1878-1879 Frank A. Nims (Franklin A. Nims)
He advertised in 1878: “FRANK A. NIMS, Late of New York City, Has refitted and refurnished the Dansville Studio, and is prepared to make ALL OF THE LATEST STYLES OF PICTURES. Copying from Card to Life Size, and finished in Crayon, Ink, Oil, or Water Colors. VIEWING A SPECIALTY. F. A. Nims, Photo Artist, Dansville, Mich.” His card photographs included an advertisement for a Danville clothier which combined a photo of his head wearing a dapper hat with the cartoon body of an inept hunter.
circa 1883 Nelson H. Cathcart
circa 1890 S. Brayton